Well, of course they did. This is who they are.
Posted By: TBP

Ted Cruz (a Latino) is correct: "There are few things that upset the liberals more than minorities who won't sit down and shut up and obey."

A substittute teacher in the macon school system tells a sad story... She taught a FIRST grade class recently. A white girl started crying. She asked the girl what was wrong. another white girl spoke up and told the teacher that the girl was crying because three other students all black had ganged up on her...The teacher stopped and found out what happened. three black kids told the white girl that she wasn't SH^^ because she was white....

The teacher went and got the principal but he said that there was nothing that he could do about it.... The teacher said that the incident happened after 8 am and the class was tense the entire day with the white kids and the black kids upset with each other.... the prinicipal should've pulled the three bullies out and called their parents. they should've been sent home for the day and made to take a race course before re entering the classroom.... if three white kids had said that to a black kid all heck would've broken loose...

-national report from CNN. I can hear it now.

I'd love for FOX or Newsmax to corner that overpaid paper pusher and ask him why action wasn't taken against the 3 as Martin says.In these times, children of all races need to be taught about race, sometimes by punitive response.
Posted By: TBP 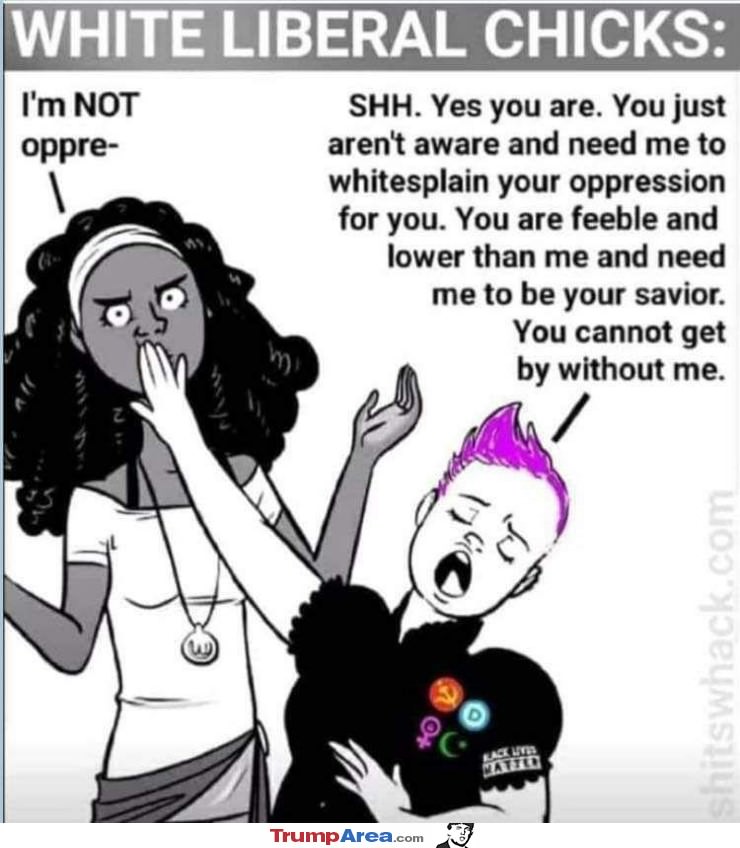 They're getting much more open about it.
Posted By: TBP

I wish this weren't so accurate.

TBP, your cartoon's right about white radicals being driving force behind this racist crap.
Posted By: TBP

Even Robin DiAngelo concedes that white liberals are the worst bigots.
Posted By: TBP

Liberal educators: "We are simply being realistic. There is no point in exerting a great deal of effort trying to educate certain minority students when we all know they will end up shuffling in and out of prison all their lives."
Posted By: TBP